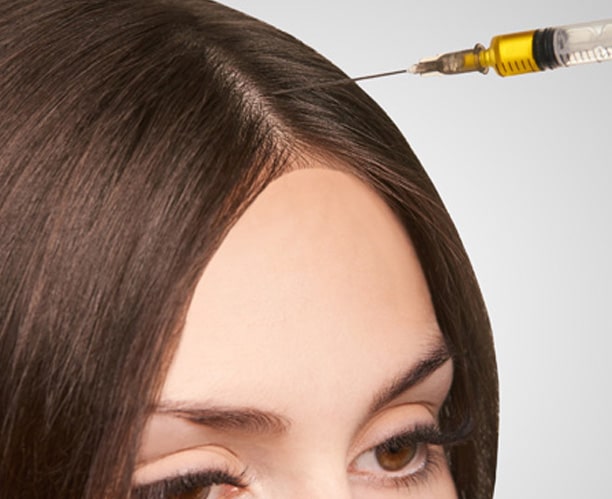 Female hairline lowering is a hair restoration technique used in females with broad forehead or high hairline, congenitally or due to trauma or disease affliction. The broad forehead is also an ethnic consideration in some females and they would like to hide the particular slant in the forehead.

Female hairline pattern is very different from a typical masculine hairline. In this part of the world, the Middle-Eastern region, females prefer a very low hairline, making their foreheads look very short. It is accepted as a part of facial beauty. Due to this cultural tendency, demands and expectations from the female patients are very high. To meet the expectations, a procedure is usually required which can give them the most satisfactory and natural looking result without any stigma of surgery .

Earlier, the method used to lower the female hairline was surgical removal of a strip of skin from the upper forehead along the natural hairline and the scalp was brought down, while keeping eyebrow level fixed. This would lead to a result achieved immediately, but left the patient with a scar, which in some cases would be visible, a numb area on frontal scalp and non-addressal of areas on the sides of hairline.

Hair transplant can address all the issues without major effects on the frontal region. The hairline marking is done aesthetically and also keeping in mind the wishes of the patient. The technique used to harvest hairs from the back should be chosen which avoids shaving large areas on the back of female. It could be either FUE, where single grafts are extracted at a time, or it could be FUT, where a strip of skin is taken out from the back and grafts are dissected out of it. The choice is based on the donor area, surgeon and patient’s agreement after understanding the process thoroughly.

The typical results are seen in 9 months to a year. Patients are very much satisfied with the natural looking results. Hair restoration is a very effective procedure for female hairline lowering as it obviates the drawbacks of the scalp advancement technique. This avoids frontal scars, numbness is no more an issue and the temporal areas are also addressed, as the surgeon can artistically create a new hairline while taking its curves and mounds into consideration. Executed by an experienced surgeon, it is the procedure of choice.

nextAcne Scarring And How To Treat It